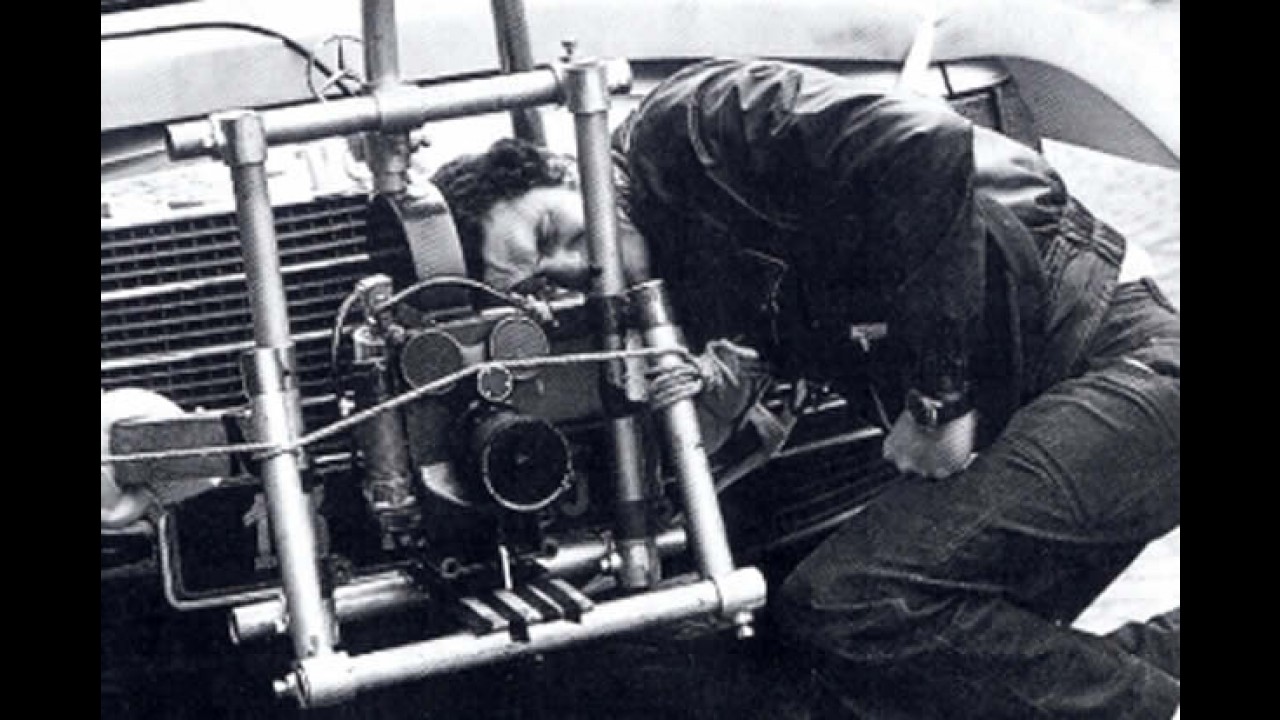 C’était un rendez-vous (“It was a date” in english) is one of the first real street racing films.

At around 5:30 am on a Sunday morning in August of 1976 Claude Lelouch raced through the streets of Paris for exactly 8 minutes and 5 seconds at speeds of up to 140 mph (225 km/h) in his Mercedes-Benz 450 SEL 6.9 with Eclair Caméflex (gyro-stabilized camera) attached to the front bumper. A big heavy Mercedes doesn’t seem like the best choice for such a movie, however there are reasons why it was chosen. It had special hydropneumatic suspension that helped to make the image smooth (not shaky). And although it didn’t handle all that well, it still had 286 horsepower and did 0-60 mph (0-97 km/h) in 7.1 seconds which at the time was very fast. For example 1964 Ferrari 275 GTB did 0-60 mph in 7.0 seconds.

The reason why we mentioned Ferrari 275 GTB is because soundtrack was dubbed with the sound of Lelouch’s Ferrari 275 GTB. In his opinion the Mercedes sounded too boring. Although not perfect, audio is pretty well synchronizated. Because of this there are people who believe that the car driven in this movie was Ferrari 275 GTB, but that’s not the case.

After the first public showing of the movie Lelouch got in some trouble with police but it all ended well for him and ultimately he didn’t suffer any consequences. For a while he claimed it wasn’t him, but a Formula 1 driver instead who drove the Mercedes in the movie.

At the end of movie Claude Lelouch approaches Montmartre where he meets his girlfriend at the time Gunilla Friden. Lelouch said: “A guy who is going to meet a girl can take unnecessary risks because he doesn’t want to make her wait”. Ultimately C’était un rendez-vous is a love story – a love for cars and love for a very special girl.

Who is Claude Lelouch?

Claude Barruck Joseph Lelouch, born in Paris on 30th October of 1937, is a French director and screenwriter. He is most well known for directing 1966 movie Un homme et une femme (“A man and a Women” in english) with whom he won “Palme d’Or” award at the 1966 Cannes Film Festival and two Oscars