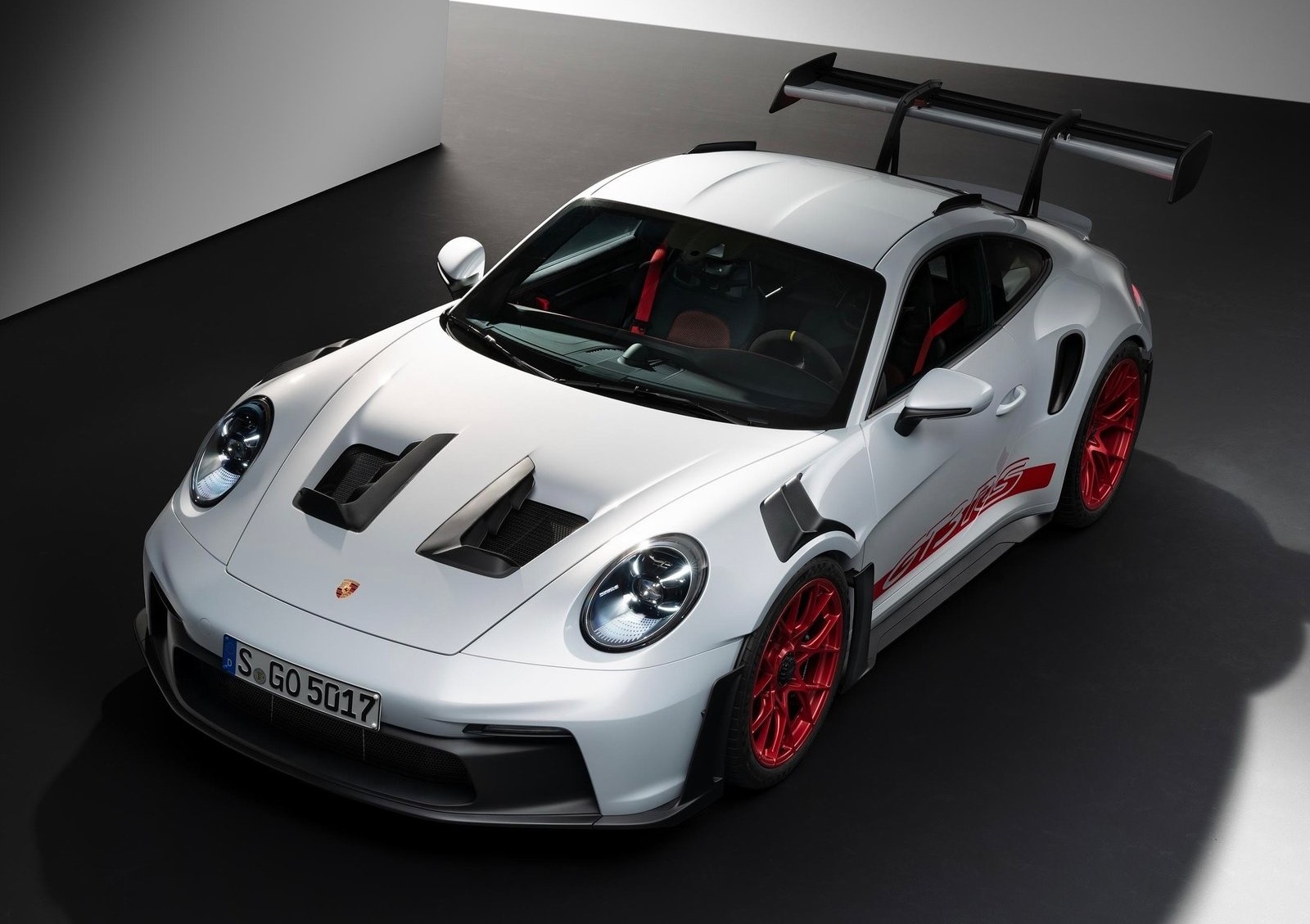 Despite lacking the flashy aesthetics of supercars like Ferrari and Lamborghini, Porsche 911 GT3 RS has always been one of the most loved sports car since it’s inception. It has never been a car that was made to stand out among competition due to its crazy design or insane spec sheet – instead it has always been the car to provide some of the purest, adrenaline fueled experiences making you feel like you are driving a true racing car instead of a road legal one. For this reason it’s very exciting to see the new Porsche 911 GT3 RS (992) revealed and it doesn’t seem to be any less impressive as it’s predecessors.

Let’s start with the least important stuff but the one that nerds enjoy the most – spec sheet. Just like the old model the new GT3 RS has naturally aspirated 4.0 liter flat-6 engine which now produces 525 metric horsepower which is just a mere 5 metric horsepower increase over the old model. Spec sheet nerds will be disappointed but GT3 RS was never the car about basic numbers so let’s get into why this car is actually exciting.

So what’s the thing that stands out the most on the new GT3 RS? Well, aero, particularly the massive rear wing – we have never seen something so aggressive on a GT3 RS. With suspension technologies being so advanced nowadays aerodynamics, or to be more specific – downforce, is probably the most effective way in increasing grip at high speeds.

To tell the whole story about new GT3 RS aerodynamics you would probably need a 3-hour powerpoint presentation but there are various changes to make this car stick to the road like glue. When it comes to numbers the new GT3 RS produces 409 kilograms of downforce at 200 km/h which is about twice as much as the old model. At 285 km/h – 860 kilograms. Significant improvement.

Porsche 911 GT3 RS (992) also has flaps/wings that can change their position to change drag and downforce depending on whether you are accelerating, breaking or cornering for best possible performance in every situation.

Porsche says the new 911 GT3 RS (992) does 0 to 100 km/h in 3.2 seconds and 0 to 60 mph in 3 seconds flat. Knowing Porsche’s history of claims don’t be too surprised if it turns out to be even faster. With that being said – GT3 RS is not the car that’s made to perform outrageous acceleration numbers (even though it’s still super fast in this regard), it’s a car that’s made to give you the best possible driving experience on track and road.

The story with GT3 RS doesn’t really start with GT3 RS but instead with a regular GT3. Back in 1999 Porsche needed to make homologation model for their FIA GT3 racing car and that car was Porsche 911 GT3 (996).

Porsche didn’t expect a lot of demand for the GT3, they built it only because they had to, but turns out customers loved a race bred 911 and it turned out to be a massive success. This was the beginning of one of the most desired road legal sports car models ever.

996 GT3 RS was also lighter thanks to polycarbonate rear window, carbon fiber hood and rear wing. The brakes were also upgraded to more heat resistant ones as well GT3 RS foresaw some suspension upgrades for improved handling. The rear wing delivered 35 kilograms of downforce at 201 km/h.

In 2006 Porsche introduced second generation GT3 RS also known as 997 (or 997.1). It now had wider body than regular 911 models and GT3 but of course received upgrades and improvements all around the car. It was another race-bred homologation model.

It received 30 horsepower increase and some other upgrades allowing it to set Nürburgring Nordschleife laptime that was 9 seconds faster than pre-facelift model.

GT3 RS 4.0 received a significant power increase of 50 horsepower for a total power output of 500 metric horsepower. It was also approximately 20 kilograms lighter than the regular 997.2 GT3 RS introduced just a year ago.

Despite having worse spec sheet than it’s predecessor the new GT3 RS actually proved to be significantly faster due to seven-speed PDK dual-clutch transmission, more aggressive aerodynamic setup, improved suspension, brakes and having tires that are 20mm wider on both, front and rear.

Despite worse power-to-weight ratio the new GT3 RS proved to have faster acceleration too completing 0 to 100 km/h in 3.3 seconds and 0 to 200 km/h in 10.8 seconds – mostly due to faster shifting transmission and additional gear allowing shorter gears.

Porsche 911 GT3 RS (991.2) is the facelift version of 991.1 GT3 RS. It produces 20 more horsepower but weighs the same as the previous model. Some of the new improvements included NACA ducts for brake cooling, increased downforce, ball joints on all suspension links and more.